New report outlining some of the far-right key players in Northern Europe and Germany and how they cooperate. The report offers concrete policy recommendations in order to effectively combat right-wing extremism. Author: Nicholas Potter. 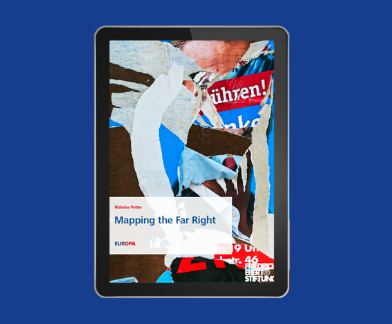 From parliaments to the streets, Telegram groups to the dark web, the European far right is going from strength to strength. Populist parties from Germany’s AfD to the Sweden Democrats and The Finnish Party espouse anti-immigrant and Islamophobic stances from the benches of democratically elected assemblies – polluting political discourse and smashing the Overton window of political acceptability in the process. Meanwhile, neo-Nazi skinheads, white power bands and far-right fighting champions are forging international networks that function as lucrative micro-economies, effective recruitment opportunities – and a breeding ground for right-wing terrorism.

Right-wing extremism is also going digital, as a new form of stochastic terrorism brews in Telegram groups and online forums, on Discord servers and Imageboards. 2021 marked the tenth anniversary of Anders Breivik’s far-right attack in Oslo and Utøya that left 77 people dead – the majority under 18 years old – and injured hundreds more. The attack served as a blueprint, inspiring a new generation of right-wing terrorists connected through a shared online culture, ideology and network. From Christchurch to Poway, Halle to Hanau, the body count of this new phenomenon of far-right terrorism is increasing at an alarming rate.

In reality, the distance between parliaments and the armed underground is worryingly short. Far-right parties employ right-wing extremists as advisors and researchers. Seasoned neo-Nazis call on their followers to cast their ballots for parties whose logos are decorated with harmless flowers and ticks, rather than the established iconography of far-right militancy. From the conspiracy narrative of the “Great Replacement” to the threat of “Islamisation”, the sound bites of elected representatives on the far right increasingly echo the so-called “manifestos” of right-wing terrorists from Norway to New Zealand. Across Europe, the far right is embarking upon its very own long march through the institutions – threatening the very democracy that helped it to power.

In 2020 and 2021, the FES Nordic Countries invited researchers and civil society bodies to participate in a series of online exchanges. The aim was to strengthen ties between individuals and organisations combatting right-wing extremism in the Nordic countries and Germany and, in the long-term, establish a Nordic-German expert network. This report summarises the findings of that exchange. The report also outlines some of the most prominent and dangerous movements within the Northern European and German far right, before making some concrete policy proposals to turn words into action and combat right-wing extremism. For too long, this threat has not been taken seriously enough. The time to act is now.

Nicholas Potter is a British-German journalist and researcher at the Amadeu Antonio Foundation in Berlin. He is an editor at the foundation’s journalism project Belltower.News and focuses on the German and international far right, antisemitism, racism, conspiracy ideologies and more. Previously, he worked as a freelance journalist, writing for the German newspapers taz, Jungle World and Der Freitag. He studied English and German literature at King’s College London and the Humboldt-Universität zu Berlin with a DAAD scholarship. 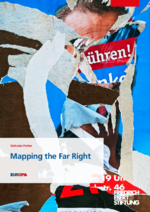 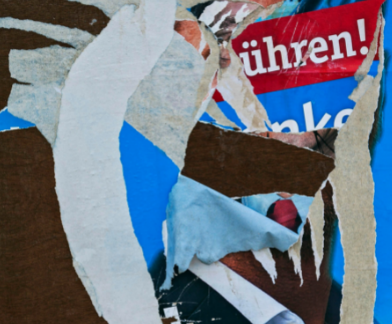 Welcome to the launch of the report “Mapping the far right in Northern Europe and Germany”. The report outlines some of the key players of the…