European sovereignty is increasingly an issue of political debate. In order to understand the concept the opinion research institute Ipsos, on behalf of the Fondation Jean-Jaurès and the Friedrich-Ebert-Stiftung, interviewed 8,000 people in eight European countries. The results are collected and published country reports ready for you read. 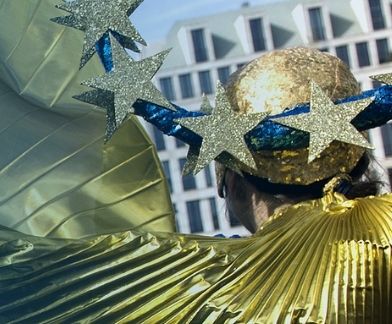 European sovereignty is increasingly an issue of political debate, whether at European level (for example, in the EU State of the Union address in 2018 1 ) or at national level (for example in France, François Hollande‘s 2015 address to the European Parliament2 or Emmanuel Macron’s 2017 address to the Sorbonne3 ). While for those who tend to use it the concept of European sovereignty has very positive connotations, do others agree? How is the term »sovereignty« understood and evaluated in the various European countries? Do these different evaluations vary in terms of national, both historical and political, but also geopolitical context? How is the juxtaposition of the words »sovereignty« and »European« perceived and understood? Is it regarded as contradictory or as reasonable? Is Europe regarded as sovereign today? Should its sovereignty be strengthened, and if yes, on what grounds?

In order to answer these questions the opinion research institute Ipsos, on behalf of the Fondation Jean-Jaurès and the Friedrich-Ebert-Stiftung, interviewed 8,000 people aged 18 and over online between 28 December 2020 and 8 January 2021, based on representative samples. The countries included in the survey (based on the quota method) are: France, Germany, Italy, Lithuania, Poland, Romania, Spain and Sweden.

All the country reports and further country commentaries can be found on the central project page.

Read the Swedish and German country reports and political commentaries: